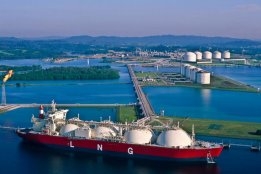 The study was conducted in a joint venture with an unnamed EU oil major. Image Credit: Ionada

The company's study has concluded that carbon capture is a viable solution for reducing the vessels' emissions, it said in a statement on its website on Thursday. The study was conducted in a joint venture with an unnamed EU oil major.

"Requiring as little as 50% of the space, and 30% of the power of conventional marine solution carbon capture systems, the study shows how the feasibility of Ionada's HFCM technology, will succeed in disrupting the current status of marine carbon capture," the company said in the statement.

The study looked at systems capturing about a third of the vessels' emissions.

But the gains are accompanied by more signs of waning demand.