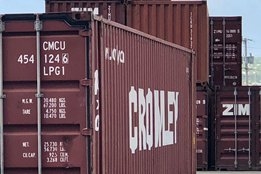 UK-based maritime and freight transport consultancy MDS Transmodal  has launched a new BAF calculator tool it hopes will add some transparency to the upcoming hike in fright costs brought about by the new global 0.50% sulfur cap.

Estimates vary for just how much more compliant fuels will cost when the new rules comes into force from January 1 next year, but it is generally accepted that whatever that cost is will be passed onto shippers.

MDS predicts costs per TEU are set to increase by over 50%.

“Calculations by MDS Transmodal using its online BAF Calculator suggest that a switch from IFO380 to MGO on a benchmark Far East-Europe service using 18,500 TEU ships would increase the bunker cost/TEU by $62 for the headhaul direction and $39 for the backhaul direction. This level of increase in BAFs will in itself lead to heated negotiations as shippers seek to avoid additional costs and the lines look to protect their bottom lines,” it says.

But there are significant variations around these benchmark results depending on the service used, and the increase could be as high as $81 per headhaul TEU and $51 per backhaul TEU.

“While some lines are installing scrubber systems so they can continue to use cheaper high sulphur fuels, they will need to recoup the cost of their investment and may use the additional cost of burning MGO incurred by their competitors to inform their pricing decisions,” MDS notes.

“Greater transparency in the calculation of BAFs would therefore help shippers to make the most appropriate decisions in the run-up to the IMO2020 deadline.”

The BAF Calculator is available now online at http://www.bafcalculator.com