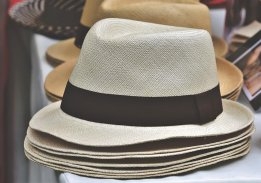 Attempts to put a price ceiling on Russian oil exports will not work, an oil expert has said.

The history of similar attempts limiting the price suggests that a cap would lead to higher, not lower prices, and the emergence of a grey market for Russian oil, according to Jorge Montepeque, who is credited with reforming some of the most important benchmarks for pricing oil.

"All these mandates to fix prices have been tried before during high inflation," Montepeque was quoted as saying by Reuters.

"The US tried to fix prices for oil in the 1970s, the UK tried fixed forex prices in the 1980s, Mexico tried fixed tortillas prices. And then - boom! - the market settles. It is a waste of time."

The move to cap Russian oil comes out of the desire by the Western Allies to exert economic pressure on Russia over its military operation in Ukraine.

Eight days of industrial action at Port of Felixstowe is planned for Sunday 21 August to Monday 29 August 2022.

The company is looking for candidates with a degree or equivalent in shipping and previous experience within an international bunker trading company.