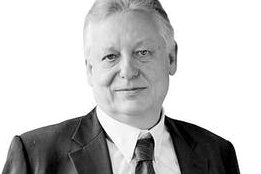 Concern over compatibility problems with the newly emerging 0.50% sulfur bunker fuels are likely to be overstated, says Bunker One.

The supplier arrived at the conclusion after an extensive round of testing using multiple recipes for such fuels.

Further, where compatibility problems were experienced they were not as severe as predicted.

The testing has also shown that combining a relatively simple Toluene Equivalent Test along with a cleanliness/stability spot test was a reliable way to determine the likely compatibility of two fuels.

"By our experiences from the lab tests we have made and the tests we continuously make of the 2020-compliant fuels we start to see in the market our conclusion is that: 'Yes! We will experience compatibility problems'," Steffen Kortegård, Technical Manager at Bunker One, wrote in a recent post on the matter.

"But we will be able to predict the problems simply and with a relatively high certainty. And the problems will most probably not be worse than what we already experience today in ECAs and have experienced worldwide in the past decades."

While the work did not go in-depth on other quality aspects of the fuels, Kortegård said the fuels will likely be much like the 1.0%S fuels produced to meet the 2012-2015 era emissions control area (ECA) regs.

This unfortunately extends to them having elevated levels of cat fines, he said.

A further 5 million mt of quotas for 2020 will be issued later this year.

Ship & Bunker to Host "State of the Industry" Webinar Event