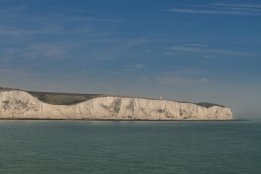 Changes to bunker fuel to be burned by ships after January 1, 2020 may cause engine problems and this issue is of rising concern to shipowners.

Instability has already been identified as one area of worry with its concomitant implications for safety.

"The way the different products work together can produce instability of fuel which can create sediments that can damage the pumps and engines eventually," Drago Rauta, Intertanko's technical director, was quoted as saying by business news provider Bloomberg.

The issues could ultimately stop a ship's engine, something that would be particularly dangerous in bad weather in busy shipping lanes close to land, he added.

As with any new product, its performance in the market place will be watched closely.

"This [new form of] fuel oil will be sold under a specification which, in theory, should be okay but it appears there may be impurities in them, and these are damaging to our engines," Flemming Carlsen, chief operating officer at d'Amico International Shipping told Bloomberg.

"We would need to be content that the analysis has proven that this bunker fuel is okay to burn in the main engine."

However, while testing fuel is a given, it appears that even this method will not necessarily provide absolute cover against things going wrong.

Paul Dean, a lawyer who specializes in marine issues at Holman Fenwick Willan in London, told Bloomberg the fuel-related damage this year shows there are vulnerabilities in fuel-testing systems, and that those issues will become more acute when refineries are selling new products in 2020.

"With the fuel that is available at the moment, and the problems which have come out of places like Singapore and Houston, there is concern about the expected increase in blending that's due to take place and its increased potential for contaminated fuel to be imported," Dean was quoted as saying.

Consortium behind concept says that the vessel design would achieve economies of scales at the construction stage.