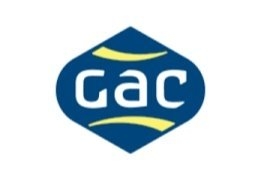 "Our aim is to transit progressively into alternative fuels such as LNG, methanol, ammonia and biofuel to reduce the Scope 3 per mt Co2e emissions of our clients, and to work with clients who are committed to working within the UN Sustainable Development Goals," he said.

"We will then work with our clients to mitigate the rest of our emissions through internationally recognised and audited carbon offsetting programmes."

GAC's bunker sales are reported to be around 1 million mt/year.

A shift of focus to LNG will be a large part of the plan in the short term, Browne said.

"The LNG bunkering market is particularly exciting, and GAC is uniquely positioned to be a market-maker by bringing suppliers of LNG together with customers who are looking into alternative fuels for the first time," he said.

Our aim is to transit progressively into alternative fuels such as LNG, methanol, ammonia and biofuel.

GAC brokered the first LNG bunkering of a foreign vessel in the US in September, arranging a delivery of 225 mt to a tanker owned by Furetank. The firm also has a preliminary agreement with Texas-based Pilot LNG to set up a partnership supplying LNG as a bunker fuel at Galveston.

In addition to Browne's role at GAC Bunker Fuels, as of this month he has also been appointed as head of a sustainability working group for the wider GAC Group.

GAC's ambitious target comes amid the conventional bunker industry's growing flirtation with alternative fuels as these fuels' current small share of the global market is projected to grow significantly over the coming decade.

The largest move announced so far has come from Peninsula Petroleum, which announced in February that it was setting up an LNG bunkering business. The company is also undergoing a rebrand to remove the 'Petroleum' from its name.

Other firms remain more resistant to the attractions of the new fuels markets in the immediate term. In an interview with Ship & Bunker last week, Monjasa COO Svend Mølholt characterised the development of the alternative bunkers market as 'an upstream task' for now.

Over the next six months to September 2021, Toyota will test technical properties of biofuels including oxidation and storage stability and emissions.