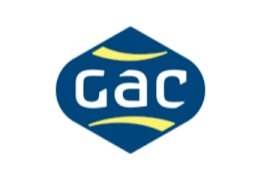 GAC is keen to develop its presence in the alternative bunker fuel market. Image Credit: GAC

Marine fuel supplier GAC Bunker Fuels has appointed its first head of sustainability as it seeks to expand its alternative fuels supply portfolio.

The firm has appointed Kelly Rump as head of sustainability, Nick Browne, the company's global director, said in a LinkedIn post on Tuesday. Rump started the role in January, having previously served as the company's QHSSE manager.

Rump's role will involve "focusing primarily on alternative fuels with the aim to increase our positive environmental contribution, while at the same time providing thought leadership to our interested parties," according to her LinkedIn profile.

In October GAC said it had signed a preliminary agreement with Texas-based Pilot LNG to set up a partnership supplying LNG bunker fuel at Galveston.

"Kelly's biggest challenge is now in front of her -- to ensure that not only GAC Bunker Fuels but also our clients meet the UN's target of net zero carbon emissions by 2050," GAC's Nick Browne said on Tuesday.

"GAC is uniquely positioned to help lead the way through transition fuels such as LNG and methanol by bringing both suppliers, old and new, together with our ever-expanding customer portfolio to match supply and demand."

The new rules came into effect on November 1.

The company is looking for candidates with experience in a middle-office role.