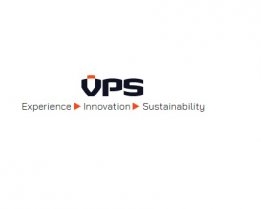 VPS sees the majority of the sulfur non-compliance coming from samples from Europe and the Americas. Image Credit: VPS

The percentage of VLSFO samples found to be non-compliant because of their sulfur content has more than doubled in 2021, according to testing company VPS.

About 3% of the samples VPS received last year were found to be non-compliant on sulfur levels, and this rate has risen to about 7% so far in 2021, Rahul Choudhuri, managing director of VPS in Singapore, said at Conference Connection's Fujairah Bunkering & Fuel Oil Forum 2021 last month.

The majority of the non-compliance is coming from samples from Europe and the Americas, Choudhuri said.

"It doesn't take much to go over the limit.

"So there is a challenge, I think, for the industry as to how this is handled; do we need tighter regulations that fuels cannot be supplied at more than 0.47%, for example?"

It had earlier been assumed that sulfur off-specification levels would be at their highest levels at the start of the IMO 2020 transition while remnants of HSFO in delivery infrastructure were being accidentally blended into the new fuels, before dissipating over time.

Singapore has long been the world's largest hub for conventional bunker fuels, with annual sales close to 50 million mt in 2020, but has been slower than some ports in Europe to build up LNG bunker demand.

The company is looking for candidates with one to three years of experience.