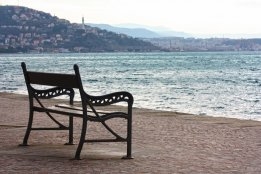 Cruise giant Carnival has signalled a return to partial operations with European cruise trips planned for next month and early next year.  Longer world trips, however, have been pushed back to later dates, the company has said.

The company's Cunard brand has pushed back cruise dates to March next year. World cruises have also been put on hold until 2022, although shorter trips to European destinations are planned from March.

Two ships under the Princess Cruises brand with US departures have cancelled trips scheduled for early 2021.

Costa Cruises has got Biosafety Trust Certification awarded by class society RINA. The company has two trips to Italian destinations set to go ahead next month.

"Based on the actual epidemiological situation and considering the opinion of experts, from the first departure of the Costa Deliziosa, scheduled for September 6 from Trieste, and to follow on all ships that will return later into operations, the company will perform the antigenic Covid-19 swab tests to all embarking guests."

As the Covid-19 extended its grip across the world, holiday cruising became a high-risk activity. Consequently, cruise operations were temporarily suspended until the global health situation improved.

The organisation has tested a number of RMG 380 samples from the Argentinian port in the past week with water content of 0.85-2.00% v/v.