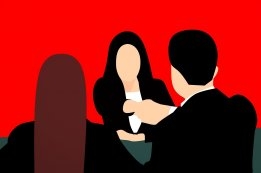 Beumer was previously sales director for the water and waste division at Wärtsilä.

Claudia Beumer is set to join the firm as global account manager from September 1, she said in a LinkedIn post on Thursday.

Beumer was previously sales director for the water and waste division at Wärtsilä.

Beumer's new role at VT Group may include work on alternative fuels.

"My first experiences with VT started approximately ten years ago during the installation of the Mass Flow Meters on the MTS Vorstenbosch," she said.

"From that first introduction, I developed great respect and admiration for the transparent, trustworthy and innovative way of working of VT.

"I am proud to become a part of the team and contribute to supporting our customers.

"Not only on today's fuels, but also for the future fuels."

VT Group supplies bunkers, marine lubricants and caustic soda for scrubbers at the Amsterdam-Rotterdam-Antwerp hub, as well as in Panama, Spain and Oman.