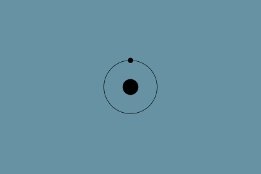 The global initiative is focused on the use of hydrogen as a long-term solution for clean energy.

"There must be a massive injection of energy and capital into R&D efforts to bring alternative fuels and alternative propulsion technologies to the marketplace to decarbonise all industries in the longer term.

"The future of shipping and decarbonisation will rely on strong partnerships from both the perspective of technology collaboration and procurement."

As the industry looks to reduce its GHG emissions at least 50% by 2050 and ultimately to zero, hydrogen is seen as a leading contender to be a key marine fuel of the future, not least because it a carbon-free source of energy.

However, at present the majority of hydrogen is produced from fossil fuels.

To ensure emissions have been reduced over the full lifecycle of energy use, hydrogen must produced using alternative methods such as by electrolysis using renewable energy - resulting in so-called "green hydrogen".

MSC is the world's second largest box carrier by capacity, according to data from Alphaliner.

As part of fleet renewal programme.