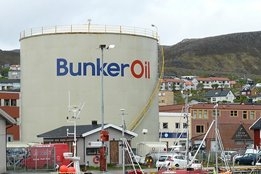 Vessels are speeding up and global bunker consumption is on the rise, but the increase in marine fuel consumption is lagging behind a corresponding rise in demand for shipping, according to recent studies on the matter.

Assessing global bunker demand is inherently difficult due to a lack of comprehensive sales data in the majority of the world's ports, while analysts typically use different methodologies and assumptions when making their estimates.

For example, a report at the end of 2017 by the International Council on Clean Transportation (ICCT) assessed that from 2013 to 2015 bunker consumption increased from 291 million tonnes to 298 million tonnes, a gain of 2.4%.

Still, both assessments of the gain are well below the 7% increase in demand for shipping transport work during the period, according to ICCT data.

The group also notes that while average cruise speeds remained largely flat between 2013 and 2015, the largest tankers (>200,000 dwt) and container ships (>14,500 TEU) increased their cruising speed over ground (SOG) by around 4% and 11% respectively.

As Ship & Bunker reported last month, the difficultly in assessing marine fuel consumption was highlighted in a recent report by UMAS and Ricardo Energy & Environment, who found the UK's domestic shipping fuel consumption to be 250 percent higher than previously estimated.

Andurand insists that the oil market is "broken."

"Her genuine interest in shipping and maritime matters was remarkable."