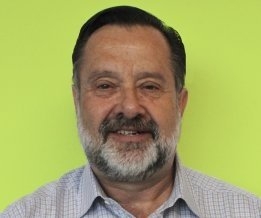 Independent bunker suppliers face 'insurmountable' challenges brought on by habits learned during a golden age in the pre-2008 crash, according to industry veteran Adrian Tolson.

Writing in the latest edition of IBIA magazine World Bunkering Tolson -- head of consultancy BLUE Insight and an IBIA board member -- argued independent suppliers have not changed their models notably since a period of 'profit at unprecedented levels' in the mid-2000s.

This business model is getting old very fast.

In 2007 Tolson had identified the 'golden age', "a period when independents were supplying as much as 40% of the global bunker market, sharing the space with mostly national and major oil companies and a (very) few oil and commodity traders," he wrote in the article.

"Independents had prospered and grown in what was of course a period of commodity shortages and rapidly rising oil prices, which was nearing the zenith of the economic boom of the first decade of this century."

The period came to an end with the 2008 crash, but not enough has changed since then, Tolson argued.

"Was this 'golden age' just an illusion?" he said.

"After all, there were still real barriers and challenges faced by independents that needed to be overcome if businesses were to grow and prosper in the future.

"Those challenges are quite familiar to today's independent bunker suppliers, and many clearly became insurmountable despite efforts to fight inevitable changes in the industry."

"Lack of financial resources and an unwillingness to reinvest in both businesses and balance sheets were a problem in 2007 and are even more of a problem today.

"Reputational issues, including a lack of transparency, clouded the independent suppliers' brand image in 2007 and this is still a common theme.

There is no question that the role of the bunkering independent has shrunk.

"In fact, it might be hard to find very many suppliers that even fit the definition of an independent supplier that we would have used in 2007," he said.

"So many have now evolved into hybrid businesses where bunker traders have small physical operations, and physical suppliers have developed active bunker trading houses.

"And while the exact size of the independent market share is clouded by these hybrid operations, there is no question that the role of the bunkering independent has shrunk."

But opportunities may be around the corner as the oil majors start to retreat from fossil fuel bunkers, Tolson argued.

"Every day we read a new story of a major oil company divesting from its position in fossil fuels and from its interests in bunkering which, after the short-lived excitement of IMO 2020, are now confined exclusively to LNG and in the longer term to renewables and zero carbon fuels," he said.

"As they exit, their oil assets will be sold, and it is likely that those that buy will not want to be in the retail bunker business, but instead look to sell their production.

"For the independent, this could go a number of ways because the oil could be sold to the commodity trades, via bunker traders or as a better course to the smaller independents.

"Those independents that have survived the last 14 years have generally done so because of their investment in their own businesses, and mostly in barges and occasionally in terminals.

"This experience and background in the logistics of retail bunker delivery is invaluable because the industry is not going away and many of the new entrants -- commodity traders or bunker traders -- have neither the interest, expertise nor credit knowledge to engage in the retail bunker market."