Standard Club Warns on FONAR Uncertainty Ahead of IMO 2020 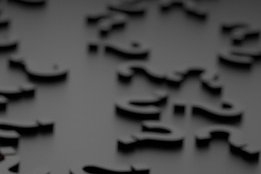 Standard Club today highlighted the uncertainly of how FONARs will be handled once the IMO 2020 rule comes into force next year.

Fuel oil non-availability reports (FONARs) allow vessels for formally detail when they are unable to obtain complaint fuel and are currently a key part of the current ECA enforcement picture.

“Regulation 18 of Annex VI of the MARPOL Convention sets out factors to be taken into consideration by a state party in situations where a ship is found not to be compliant with the sulphur limits. Factors to consider include steps taken by the ship to mitigate the risk of non-compliance. In particular, a ship may provide records of its attempts to achieve compliance with the limits, and evidence of its best efforts to obtain compliant fuel,” the club explains.

“The United States Environmental Protection Agency (EPA) acknowledges that despite best efforts it may not always be possible to obtain compliant fuel oil. In such a situation the US has the authority to take 'appropriate action' (which may involve taking no action whatsoever).”

The IMO are still in the process of developing a FONAR report that is expected to be submitted to and approved in May 2019, the club adds, but “it remains to be seen whether the IMO will issue a guidance note in relation to its FONAR system, and how similar this will be to the existing system in place in the US.”

“Many will hope that states will be more lenient during the initial period following January 2020.”

The Club also notes that there is no requirement for a ship to deviate from its intended voyage, nor is it expected to subject itself to undue delays in order to achieve compliance.

As raised earlier this week, how FONARs are treated could well be a factor in early compliance levels of the lowered global sulfur cap.

A fuel oil carriage ban will come into force in March and is at least expected to help significantly with proving non-compliance, and avoid the need to prove any noncompliant bunkers onboard were actually burned.

Bunker prices down 9%, but daily operating costs have jumped by 4.5% this year, rising at their fastest pace in a decade.