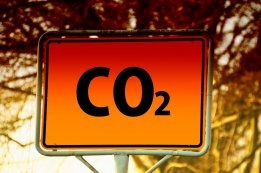 Limiting the power of ships' engines to further reduce carbon dioxide (CO2) emissions may have limited impact unless targets are increased, a study has suggested.

The study, a working paper from the International Council on Clean Transportation (ICCT) contributing to the current International Maritime Organisation (IMO) debate on shipping's greenhouse gas emissions, found that shipping GHG emissions were already down by 30% in 2018 over a 2008 starting point on the back of slow steaming.

"The authors find that CO2 reductions are not proportional to engine power reductions because ships are already operated well below their maximum speeds and therefore engine powers," the report said.

"Engine power limitation (EPL) scenarios below 30% provide negligible cuts in CO2 for the 2018 fleet, while a 30% EPL is estimated to reduce CO2 by 2% for container ships and oil tankers, and 3% for bulk carriers."

A larger limitation, for example 50%, "could more meaningfully reduce ship CO2 by 8%–19% depending on ship type and size", according to the ICCT paper.

The 2030 CO2 reduction target for shipping in 2008 was set at 40%.  Measures to support CO2 intensity reduction are expected to be agreed by IMO this year.

Fears over the spread of the COVID-19 coronavirus after its outbreak in China have led to a range of parties being cancelled.