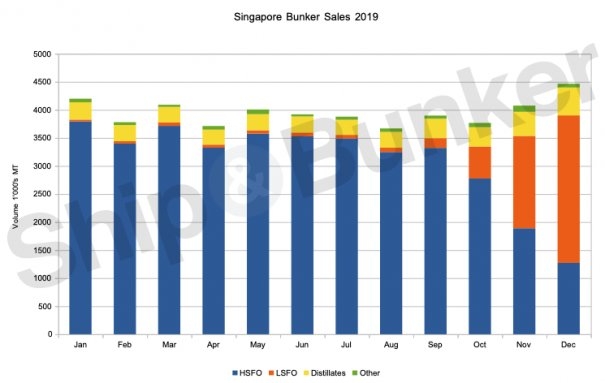 Bunker fuel sales in Singapore, the world's largest marine fuels hub, sank to the lowest level in four years in 2019, according to the country's Maritime and Port Authority (MPA).

Sales rose in December as shipowners shifted to buying 0.50% sulfur fuels, with preliminary estimates showing a total for the month of 4.466 million mt, the most since January 2018. 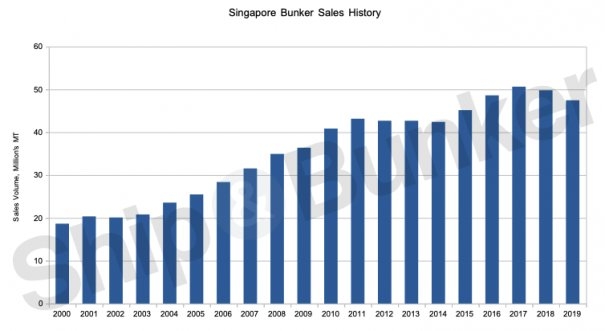 Some industry sources have reported operational problems caused by having the majority of staff working from home.