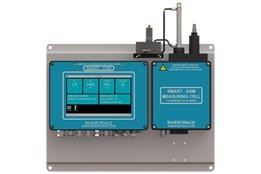 Coomber, whose firm counts scrubber washwater monitoring systems amongst its product offering, says is “almost certain” that at some point in the future the IMO’s current washwater guidelines will become a mandatory requirement.

While the IMO process for ratifying such measures means this can not happen before the January 1, 2020 start date for IMO2020, it may come within 2020 or 2021, Coomber adds.

“There is acceptance that the continued use of scrubbers by ships may depend on being able to prove that washwater quality is constantly monitored and shown to meet appropriate standards,” he said

“The fact that scrubber washwater remains to be the only discharge of its type not subject to the same standards as discharges from other shipboard systems means that it will almost inevitably lead the requirement of mandatory monitoring Therefore, ship owners must be well-informed of washwater monitoring equipment options and those used by scrubber manufacturers in order to ensure compliance with future standards.”

Rivertrace stresses that not only should mandated monitoring requirements not be feared, it could actually be a positive for users of the technology by ensuring all scrubber variants remain permitted for use in the future and on the widest possible scale.

Buyers are driving bunker traders' margins down to unsustainably low levels, according to one market participant.