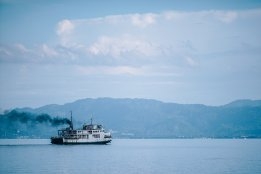 An increasing number of shipping firms are buying offsets to reduce their net carbon emissions while continuing to use conventional bunkers. File Image / Pixabay

Global marine fuels firm KPI OceanConnect has reported seeing growing demand from shipping customers to offset the carbon emissions from their use of bunkers.

The company completed its first carbon offset deal earlier this year, rolled out the service option to all of its customers in July and set up a dedicated alternative fuels and special projects division managing it. The firm now sees strong demand, Charley Davies, a US-based director at KPI OceanConnect, said in a recent webinar hosted by price reporting agency OPIS.

Davies also acknowledged some of the difficulties of working in this market that remains relatively unfamiliar to the shipping industry.

"We see it as a very fragmented market; you've got various counterparties with varying credibility," he said.

"There's price discovery issues and then there's the verifiable aspect of it and the transparency as to what you've actually done."

Carbon offsetting is increasing in popularity as a means of shipping companies reducing their net emissions while they remain uncertain about zero-carbon fuel technologies. But the solution is likely to be a short-term one for most, and environmentalists have raised concerns about the true level of emissions savings delivered by some of the schemes on offer.