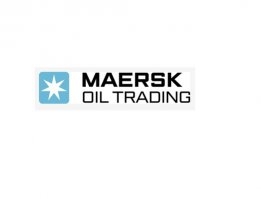 Urszula Uszko will join the company's Copenhagen office as global head of renewable fuels from August 1, a spokesman told Ship & Bunker by email on Thursday.

Uszko was previously a biodiesel trader for BP in London.

Maersk has committed this year to only ordering ships capable of running on zero-carbon fuels from now on, and has set a net-zero greenhouse gas target for itself by 2050. The company expects its first zero-carbon ship, a 2,000 TEU feeder vessel running on green methanol, to be operating by the end of 2023.

WFS bunker margins have more than doubled since the end of 2020, but remain significantly below the record levels seen in the IMO 2020 transition.

The panel was arranged in July 2020 with the aim of developing a strategy to help the shipping industry to meet the International Maritime Organization's goals for eliminating greenhouse gas emissions.

The new desk was set up earlier this month, and will handle about half of the firm's global fuel requirements.