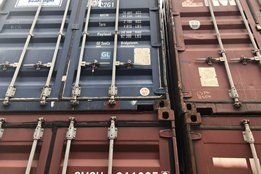 Despite the extensive media commentary on IMO2020 and ample warnings as to just how significant and far reaching the new marine fuel rules will be, many shippers remain unaware and unprepared to deal with their consequences, says freight forwarder iContainers.

"From higher rates volatility and additional surcharges to higher risks of cargo getting rolled at origin and a severe capacity shortage, these are just some of the expected aftermath of IMO2020," the firm wrote this week.

Aliona Yurlova, who heads the firm's international business development, says Bunker Adjustment Factors (BAFs) will be significantly higher for the first 12 to 18 months, there will be a 15-20% increase in rates, and up to a 10% decrease in capacity.

This will leave the maritime market "quite shaken for at least the initial year."

Yurlova says shippers should respond by budgeting for extra time to plan their shipments, extending what today would be a two-week cushion to be three to four weeks.

"The best thing for them to do would be to analyze their yearly flows; how much they ship, where to, from where, what type of cargo, when do you ship the most, least, and speak to their freight forwarder and plan around it," she says.

The shipyard will build two 4,900 deadweight tonne (DWT) barges for delivery in April and June 2022.