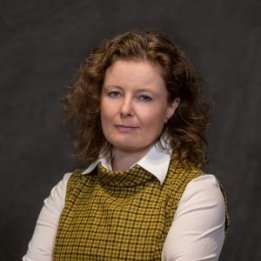 As Ship & Bunker reported last week, Francisco Malta, a director at additive distributor VM Industrials, has made the suggestion about paraffinic VLSFO in a LinkedIn post, when previous criticism of VLSFO on this subject focused on more aromatic blends.

He said high levels of blending of VLSFO to maximise profit margins may be causing less stable molecules to be found in the paraffinic blends, causing higher black carbon emissions when the fuels are burned.

Some of the blending components being used for VLSFO have not been sufficiently hydrotreated during the refining process, Malta argued.

IBIA director Unni Einemo argues this theory is 'questionable', saying there has been no evidence presented that paraffinic blends are causing higher black carbon emissions.

The discussion at IMO in February was about a theoretical increase in BC emissions.

"It is important to note that the discussion at IMO in February was about a theoretical increase in BC emissions based on the BC measurement study, not an actual observed increase since ships began to use VLSFOs," Einemo wrote in a note on IBIA's website Wednesday.

Einemo pointed out that mainly paraffinic marine distillates have been in widespread use in the emission control areas since sulfur limits there dropped to 0.10% in 2015 without reports of increased black carbon emissions.

She further noted that, while the theory suggested that any unstable components in high sulfur fuel oil tended to join with asphaltenes and drop out of suspension as sludge, this isn't seen in practice.

"HSFO is typically more aromatic than VLSFO, and this helps keep the asphaltenes in suspension and stable," Einemo said.

"Hence, there would be more asphaltenes reaching the combustion chamber when using HSFO than VLSFOs. "

She said it was 'counterintuitive' to suggest more asphaltenes would reach the combustion chamber with VLSFO, as VLSFO has less of them than HSFO.

"VLSFO is currently the most widely adopted solution to meeting the 0.50% sulphur limit and for the most part it has performed better than predicted in the run-up to IMO 2020," Einemo said.

"As such, VLSFO blends have confounded much of the bad press.

"As VLSFOs are still quite new, we are still learning.

"We should, however, ensure that any conclusions drawn about the performance and environmental impact of VLSFOs are based on solid evidence."

SEB will start reporting the 'climate alignment' of its shipping portfolio from next year.