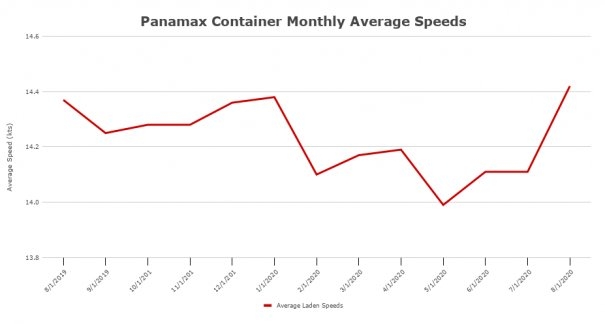 Panamax container ship speeds climbed for a third month in August, according to shipping intelligence service VesselsValue, in a sign of the sector gradually recovering from the COVID-19 crisis.

Average laden Panamax speeds were 14.42 knots in August, according to data compiled by VesselsValue, up by 2.2% from a month earlier.

Ship operators changing speeds according to strength or weakness in freight markets and bunker prices can have a significant impact on bunker demand.

The change suggests "that trading is recovering as lockdowns ease and increased numbers of vessels become fixed," the company's analysts told Ship & Bunker by email.

"This positive trend in speed correlates with an improvement in rates over the last few months." 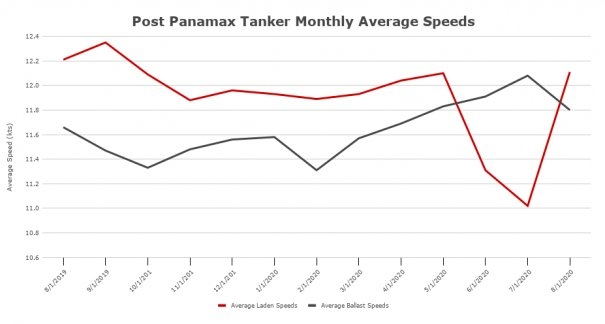 Meanwhile, in the tanker segment, Post Panamax dirty tankers have seen a sharp rise in speeds.

The average speed for laden Post Panamaxes was 12.11 knots in August, 9.9% higher on the month. The laden speed overtook the pace on ballast, which lost 2.3% on the month to 11.8 knots.

The laden increase was "off the back of a sharp decrease seen in July," VesselsValue said.

"Average laden speed during this downturn reached close to 11 knots but has now recovered close to levels seen this time last year, which is a sign that these larger vessels are resuming normal trading patterns." 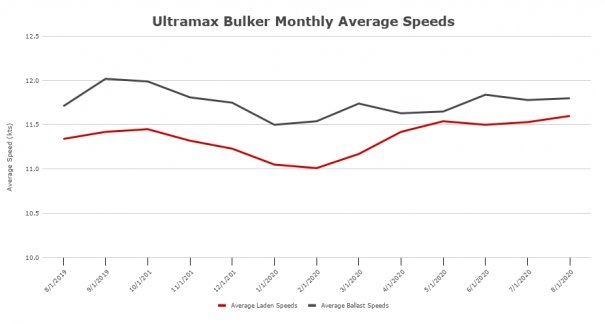 Dry bulk has also seen an increase in speed for some ships, with Ultramax vessels gaining steadily.

"Despite a slight dip between May and June, average speed has been increasing since a low in February this year, and Ultramax speeds are now exceeding figures seen this time last year," VesselsValue said.

Royston extends its onboard fuel management tool to cover all of a vessel's energy output.

The companies are seeking to build a ferry powered by electricity from a hydrogen fuel cell system that can produce up to 23 MW of power.