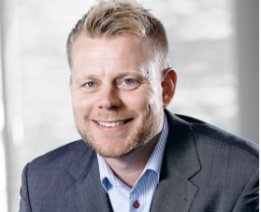 The 'perfect storm' may be brewing for the bunker industry this year with access to credit being reduced, standards slipping in know-your-counterparty checks and market participants looking to save money wherever possible, according to global supplier Dan-Bunkering.

In an interview with Ship & Bunker last week Mikkel Vestergaard, senior vice president for Europe and the Americas at Dan-Bunkering, warned of the problems piling up for the industry.

I see some trends which could cascade into the perfect storm.

"I see some trends which could cascade into the perfect storm," Vestergaard said.

"It's obvious to everyone that there has been a retraction out of the bunker market post-2020 by banks, financial institutions and even the majors."

The sudden withdrawal of Hin Leong and its subsidiaries from the market this year has created a situation with some parallels to the OW Bunker collapse six years ago, Vestergaard said.

"From personal experience I perceived Hin Leong as a very professionally run company," he said.

"Apparently things started to unravel, and the picture we see now indicates that their inventories were not hedged, et cetera -- that's, at least for me, not entirely the OW situation, but it's something that really causes concern."

A better know-your-counterparty check could probably have allowed some to see these problems coming, Vestergaard argues, and the industry should be applying these checks in a more robust fashion.

"I remember clearly the month after OW," he said.

I was on a call daily with either customers or suppliers asking intimate, critical and very valid questions about my business.

"I was on a call daily with either customers or suppliers asking intimate, critical and very valid questions about my business and the way we run Dan-Bunkering.

"It was very intimidating in the beginning, but you got comfortable having that discussion. That was exactly what our industry needed.

"Ownership, financial structure, how are you funded, are you hedged or not -- that was part of our conversation. And honestly, that has disappeared, and I think that's a shame."

Tighter margins this year may have prompted the industry to have become less resolute in its counterparty checks in a bid to save money, letting risks build up.

"It's a very tough market; you have an oil price that's lower than it's been in years, and everyone is being forced either by management, by the market or by their customers to look at costs every way they can and tweak out every single saving," Vestergaard said.

Your $2 savings today could easily turn into a $200,000 double payment tomorrow.

"In lack of a better metaphor, your $2 savings today could easily turn into a $200,000 double payment tomorrow."

Vestergaard argued that the rapid withdrawal from the market of significant companies like Hin Leong may cause problems for smaller firms.

"Obviously you have seen other very well-known companies catching unfortunate headlines," he said.

"And if the OW aftermath showed us anything, it's that when we have a very large player being pulled out of the market overnight, that cascades down to others.

"So I could be concerned that we have others out there."

The Case for Optimism

But despite the risks surrounding the industry at the moment, Vestergaard made the case for optimism.

"There's a big difference between being negative and being cautious or concerned, and I'm definitely not negative," he said.

"I think if we really reflect on the pandemic, on the global economy as a whole, then I think I'm actually a bit impressed in terms of how shipping is trying to change the business model overnight to adapt.

"I think we're quite agile."