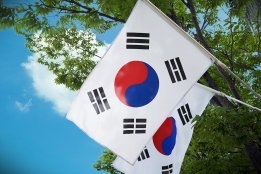 The ships will be built in South Korea. File Image / Pixabay

The company won the $626.7 million order to build the vessels at the Hyundai Mipo Dockyard, South Korea's Yonhap News Agency reported on Tuesday. The 2,000 TEU ships will be delivered from the second half of 2024.

Nearly half of the shipbuilding firm's order book for this year is currently for ships fuelled by LNG, LPG and methanol.

LNG bunkering has proved a popular choice so far for shipowners seeking to start addressing their carbon footprint while ordering new tonnage. But LNG has also faced widespread criticism as being another fossil fuel, and the long-term viability of these ships will be reliant on supplies of lower-carbon bio- and synthetic LNG becoming available at a competitive price.

Another 1 million mt of VLSFO can now be exported by CNPC, Sinopec and CNOOC for the remainder of 2021.

INOVYN to Work With VT Group on Hydrogen-Fuelled Chemical Barge

The barge will ship chemicals for INOVYN between its Antwerp and Jemeppe sites.

The platform will focus on clean methanol as a future fuel.