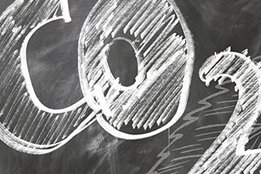 The project group includes shipping companies such as NYK, Sovcomflot, and Ardmore, ship builders, including DSME, and the mining giant Vale.

The so-called DecarbonICE project envisages the on-board capture of carbon, with emissions turned into dry ice that is then offload into seafloor sediments during normal ship operations.

"Here the CO2 will be safely and permanently stored as liquid CO2 and CO2 hydrate," the group said in a statement.

The technology is intended for both newbuild and retrofit applications, and could allow fossil marine fuels to not only be burned ostensibly carbon-free, but if used in conjunction with net-neutral fuels such as certain biofuels, could result in carbon negative marine options.

The project started October 1, 2019 and will run through 2020. The aim is to prepare a feasibility study and to initiate the IMO approval process for the technology, MDC says.

Will include a virtual exhibition hall, access to on-demand content, and a series of both regional and globally-focused live panel discussions with audience participation.

The next Posidonia is now scheduled to take place in June 2022.