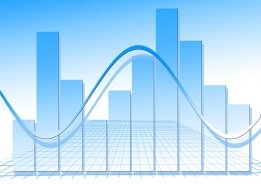 Bunker supplier TFG Marine appears to have gone through a $6 million loss in the second quarter of 2021, according to the accounts of one of its owners.

In an earnings statement released this week, shipping company Golden Ocean reported its share of TFG brought it a loss of $600,000 in the second quarter. Earlier this year the company said it saw profit of $500,000 from its share in the first quarter.

A spokeswoman for TFG Marine declined to comment on the numbers themselves, beyond noting that the company uses a different financial calendar to Golden Ocean, finishing on September 30, for its results.

"TFG Marine has continued to rapidly expand into new locations and now operates in over 80 percent of the world’s key bunkering regions, supplying a combined total of nine million metric tonnes of marine fuels to its customers from these locations," the spokeswoman said.

"Its intention is to become the largest physical bunker supplier."

Bunker operations have stopped since the morning of October 2.