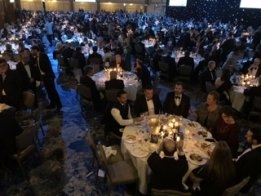 The IMO 2020 iceberg has been avoided, according to the International Bunker Industry Association (IBIA).

In a Titanic-themed video played on Monday night at the start of the industry group's IP Week dinner, Director Unni Einemo and new Chairman Henrik Zederkof said pre-2020 talk of the threats the regulation posed had been overblown.

The pair praised the preparations the shipping and bunker industries had made to avoid disruption, and said that while further icebergs may appear on the horizon, similar advance work would allow the industries to avoid these as well.

Zederkof has now taken over as the organisation's chairman from his predecessor, Michael Green.

Trident Alliance Warns Shipowners Against FONAR Use Where MGO is Available

Some FONARs filed so far this year explicitly mention non-availability of both 0.50%S and 0.10%S fuels. Others are more vague.