Lignin-Alcohol Bunker Blends Still on the Cards for Maersk 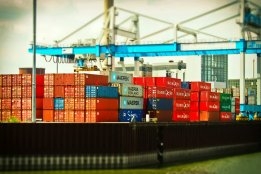 Shipping company AP Moller-Maersk, which announced its first deal to buy green methanol last week, is still considering the option of using lignin-alcohol bunker blends as a low-carbon fuel for its ships.

Maersk mooted the idea earlier this year of blending lignin with methanol or ethanol to produce a low-carbon bunker fuel blend with a higher energy density than the alcohols would have on their own. That idea is still on the cards for the company, but not in the immediate future, a representative told Ship & Bunker last week.

"Shipping will be in innovation mode for the next 10-15 years when it comes to finding the future fuels," the company representative said on Friday.

"Lignin/alcohol blends is still something that we are looking at very actively but at this point in time the technology is not ready for scale-up.

Maersk's first carbon-neutral ship, a 2,100 TEU feeder vessel running on green methanol, is due for delivery in mid-2023. Last week the company said it had secured a supply of 10,000 mt/year of green methanol from an as-yet-unbuilt plant in Denmark for the vessel.

The company has said it will only order ships capable of running on carbon-neutral fuels from now on.

The company tested 360 mt of biofuel bunkers on board its Suezmax tanker the Statia over a two-week period last month.