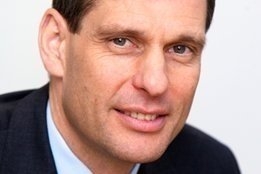 Shipping and the marine fuels industry are facing "unprecedented" change in the shape of the 2020 deadline for the introduction of low sulfur marine fuels, according to Iain White, global marketing manager for marine fuels at ExxonMobil.

White, who today was speaking on a Lloyd's List panel as part of International Shipping Week, reminded his audience of what they could expect in the years ahead.

Certainly, a squeeze on supply is possible, White said. He pointed to stronger demand for diesel fuel from trucks and buses in developing economies which will compete with marine demand for the available supply.

Marine demand for distillates -thought to be the most likely low sulfur fuel choice for ship operators - will add to the squeeze. At the same time, heavy fuel oil will become partially redundant.

On the supply side, things will not be straightforward. White explained that not all refineries are the same. Each will be looking at its feedstocks and plant structure to see how the increased demand for distillates might be met.

But the switch to low sulfur fuel oil will land primarily in the resellers' backyard as it will be the players with storage facilities able to blend fuels that will be meeting the new demand.

"There is a lot of fuel around today with an average sulfur content of 2.5%," White said.

Asked about the overall supply of fuel to shipping, White thought that there would be enough bunker fuel. But pinch points could arise at the particular: will there be the right amount of fuel, of the right sort and in the right place?

"Potential supply disruption can be expected in some ports, most likely the smaller ports, as the major ports should have the right fuel available," White said.

And he added that from 2020, shipping and fuel suppliers will be working in a multi-fuel market.

Nikos Kokolinakis is based in London.