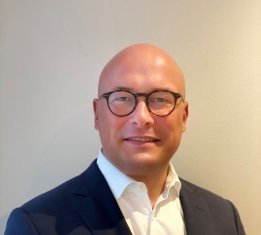 TFG announced the departure of Grønborg as its CEO in June. Image Credit: Bunker Holding

Anders Grønborg, who left new bunker supplier TFG Marine earlier this year after just three months as its CEO, has now moved to Bunker Holding to help steer the industry towards consolidation.

Grønborg will join Bunker Holding as its head of sales on December 1, reporting to CCO Christoffer Berg Lassen, the marine fuels giant said in an emailed statement Thursday.

His role will be to "optimize Bunker Holding's market leader position by supporting the Group's continued efforts to consolidate the international bunker industry," the company said.

TFG announced the departure of Grønborg as its CEO in a 'mutually agreed exit' in June, having hired him in April.

Before joining TFG Grønborg was previously in various roles at World Fuel Services for 27 years, most recently as global head of marine fuel supplies up until his departure in 2018.

Vessel goes down off eastern Icelandic coast with 10,000 litres of fuel oil on board.