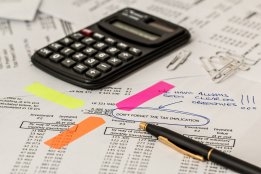 Some 13 International Maritime Organization member states now support the idea of imposing a carbon price of at least $100/mt on the shipping industry's emissions.

At this week's Marine Environment Protection Committee the Marshall Islands and Solomon Islands proposed the idea, and the delegations of Canada, Denmark, Finland, France, Germany, Ireland, Portugal, the Netherlands, Sweden, New Zealand and Tuvalu expressed support for it.

The US delegation -- now following a more activist line on marine emissions under the Biden Administration -- did not comment on the proposal.

A $100/mt carbon price would add at least $300/mt to the VLSFO price. Money raised from the tax could be used to subsidise zero-carbon energy options, narrowing the price gap between them and conventional bunkers.

The proposal will now be taken forward for further discussion at the next meeting of the IMO's GHG working group in October.