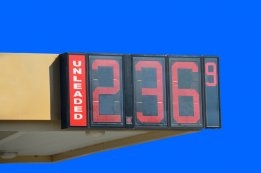 Full adherence to the OPEC+ cuts through to April 2022 could start to bring global oil supply beneath demand, triggering a rise in crude prices, the company said in an emailed research note Thursday.

A spectacular falling-out between Russia and Saudi Arabia over production cuts triggered the start of this year's crude collapse in March.

"The 'worst' is over and oil fundamentals are now tightening; demand is rebounding fast as countries come out of lockdowns, and production has fallen with the OPEC+ cuts along with losses in output from low oil prices (most notably in the US)," Integr8's analysts wrote in the note.

"Full adherence [to OPEC+ cuts] would appear to result in supply running considerably below demand for the rest of this year and throughout 2021.

"This would be highly price supportive and we could expect bunker prices on an upwards trajectory."

Brent crude prices could be 'well above' $50/bl by the end of this year and up to around $60/bl 'later next year', the analysts said, compared with its current price in the low forties.

That could deliver a pronounced rise in bunkers over the next 18 months.

"Full OPEC+ adherence does imply much stronger prices than the current crude forward curve indicates and would signal Singapore VLSFO knocking on the door of $400 at the end of this year and moving towards $500 in late 2021," Integr8 said.

VLSFO prices in Singapore have dropped over the past week, according to Ship & Bunker pricing, to $317.50/mt on Thursday from $329/mt a week earlier.

The record high for Singapore VLSFO was on January 6 at the height of the IMO 2020 supply crunch, at $741/mt.

The ships at the heart of the case allegedly took jet fuel cargoes loaded in Greece, Turkey and Cyprus to the Syrian port of Banias.

High sulfur fuel oil was available at Colombo at a $99/mt discount to Mumbai's level on Wednesday.