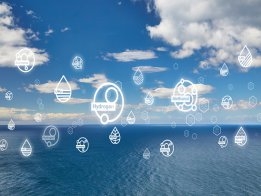 MAN has set out its progress towards developing engines capable of running on alternative bunker fuels. Image Credit: MAN ES

Two-stroke ammonia-fuelled engines for container ships should be available by 2024, according to engine manufacturer MAN ES.

The company set out its progress towards developing engines capable of running on alternative bunker fuels in a statement on its website on Monday.

"Cruise ships or ferries, for example, are basically floating cities and have especially high safety standards," the company said in the statement.

"Here, we only see options for ammonia's use if initial, positive operating experiences have been gathered in other segments."