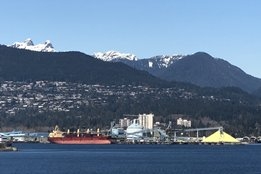 How FONARs will be handled is seen as a key factor in early IMO2020 compliance levels. If the current handling of FONARs is any guidance, when the new 0.50% sulfur cap comes into force on January 1, 2020 ship operators can expect a range of responses when telling authorities they are unable to lift compliant fuel.

A report by Ship & Bunker in 2017 had already highlighted that in Canada a FONAR is issued about once per week.

The most recent numbers for the country as of February show little has changed, and that since the ECA came into force in August 2012 there have been around 400 reports on fuel nonavailability. This includes vessels that were unable to obtain compliant fuel for their voyage to Canada and those that did not have sufficient compliant fuel to complete their voyage within Canada.

With 400 FONARs over a 341 week period, that is an average of almost 1.2 FONARs per week. For context, in this period there were around 25,000 vessel visits.

Transport Canada says it has not fined or detained a vessel that has submitted an approved report of non-availability of compliant fuel.

In contrast, in the Netherlands FONARs are virtually nonexistent, with one issued on average just once per year.

"Based on what we hear from Port State Control, until now almost no official requests for FONARs have been made and therefore also almost no FONARs have been issued," Maud Eijgendaal, Business Manager LNG, Bunkering & Cruise, Port of Rotterdam, told Ship & Bunker.

"We understand that not being able to lift compliant fuel in the port of departure will not be enough to get a FONAR because of the numerous options for vessels to get compliant fuel on their way here."

How FONARs will be handled is seen as one of the key moving parts in understanding how the transition to the new global 0.50% sulfur cap will play out. While the letter of the law says they are not a waiver, there are those that believe in practice there will be extreme leniency on the matter.

As Seabury Maritime's Nikos Petrakakos said last month:  "As long you are not abusing them [FONARs], you will get exemptions at least for the first six months to a year."

While noncompliance on the grounds of availability or quality concerns are seen as valid, the worry for some is that this mindset on FONARs may lead to an unnecessary level of noncompliance.

Indian Oil to Produce More Than 1 Million mt of VLSFO in 2020: Reuters

The company may also start buying crude from Russia, its chairman told Reuters.

It is difficult to understand why it is believed by some, that all VLSFOs may be producing more black carbon due to their aromatic content.