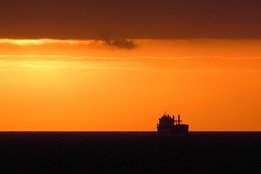 A clause within the North American Emissions Control Area (ECA) regulations that exempts vessels from burning compliant low-sulfur fuel is being misused, a Canada-based bunker supplier has told Ship & Bunker.

Under the ECA rules, effective August 2012 vessels were mandated to burn bunker fuel with a maximum sulfur content of 1.0 percent when operating within the ECA, a cap that from January 1, 2015 was lowered to 0.10 percent.

However, operators are permitted to burn non-compliant, higher sulfur fuel if they are unable to obtain compliant 0.10 percent product - providing the appropriate paperwork is filed with authorities.

Data provided to Ship & Bunker by Transport Canada (TC) indicates that since August 2012 some 300 such non-availability reports have been filed in Canada. This means that, on average, since the ECA came into force a vessel says it is unable to find compliant fuel on a weekly basis.

TC data shows that since January 1, 2015, two cases of fuel-related non-compliance in Canadian waters were found as part of inspections

While there is obvious difficulty in assessing the merits of any such claim, or verifying allegations of misuse, TC says a "variety of reasons" have been given for the lack of availability of compliant fuel, including fuel not being available in port or along the route, vessel delay, or adverse weather. Detailed statistics are not currently available.

That said, Marc Gawthrop, principal at Canadian West Coast bunker supplier Arbutus Point Marine, told Ship & Bunker that based on his experience he believes the non-availability cause is being misused.

"Last month we were scheduled to load ECA compliant fuel at Prince Rupert. The truck was alongside the vessel and we were ready to begin bunkering but were prevented from doing so as it was deemed that simultaneous bunkering and cargo loading could result in the Deck Crew being distracted from their duties. Personally, I fail to see how the Deck Crew seeing the vessel's Engine Crew attend to a bunkering operation would be a problem," said Gawthrop.

"The vessel left immediately after cargo operations were complete, meaning that despite compliant bunkers being available they were not loaded onto the vessel. So it would seem that Canada's ECA signatory status is not supported by any legislation compelling ports and terminals to sacrifice profit or increase environmental security concerns in any effort to enforce compliance. Ironically, the Canadian ECA is arguably rendered toothless by this state of affairs."

The report must explain why compliant fuel could not be found; provide the sulphur content of the fuel onboard; and set out a plan for when the vessel will obtain compliant fuel as soon as possible

Transport Canada confirmed to Ship & Bunker that it does not have specific polices requiring Port Authorities to ensure vessels are loaded with compliant fuel, explaining that bunkering services at a port are private operations.

However, TC did detail the procedure for operators when compliant fuel is unavailable.

"In such cases, vessels must submit to Transport Canada a fuel oil non-availability report prior to entering Canada. The report must explain why compliant fuel could not be found; provide the sulphur content of the fuel onboard; and set out a plan for when the vessel will obtain compliant fuel as soon as possible," a TC spokesperson explained to Ship & Bunker.

"On receipt of the report, Transport Canada assesses the information, and in some cases the vessel plans are adjusted to ensure the vessel is brought into compliance as quickly as possible."

Putting the 300 non-availability reports in context, TC notes that since August 2012 there has been over 20,000 vessel visits. TC said it did not compile data to enable this to be framed as a proportion of bunkering operations.

In terms of enforcement, TC says there are approximately 1,200 port state control inspections conducted each year, "many of which include verification of sulfur content."

TC data shows that since January 1, 2015, two cases of fuel-related non-compliance in Canadian waters were found as part of inspections.

"One shipping firm entered into a compliance agreement in late 2015 and has since fitted state-of-the-art, Canadian-made emission control technology and is now fully compliant. The second was referred to another country for follow up action."

All staff have been paid in full this month, according to a company source.

A crack of about two metres has been observed near the port aft about ten metres above the waterline.