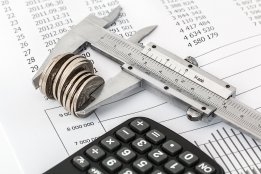 GP Global is undergoing a restructuring and negotiating with its creditors. File Image / Pixabay

GP Global APAC has missed loan payments in recent months, Reuters reported on Thursday. The debt moratorium would give the company 'breathing space' while the restructuring continues, the news agency cited one of the firm's legal advisors as saying.

GP Global APAC owes more than $464 million to its top 20 unsecured creditors, according to an affidavit filed by the company's chief restructuring officer, Rod Sutton.

Parent company GP Global announced a restructuring in July shortly before saying it had uncovered fraud by some of its employees in the UAE, but little further detail has since emerged. The firm's bunker business is at a standstill, and most staff have left for jobs elsewhere.

The country saw total bunker sales of 409,767 mt last month, according to the latest data from the Panama Maritime Authority.

Hin Leong owned 41% of the terminal.