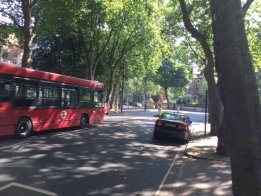 Government interest in the potential for growth of the alternative fuel of hydrogen has increased considerably in the last year and a half, an analyst has said.

According to SP Global Platts analyst Zane McDonald speaking in a Platts podcast on the subject,that optimism is reflected in the growth in capacity set to come online by the end of decade which to date has jumped from 200 million metric tonnes to 900 million mt.

Hydrogen is proving attractive to governments looking to decarbonise their economies as it holds possibilities in terms of decarbonising for "otherwise tricky sectors", McDonald said.

Shipping would qualify as one of those sectors and while there is a growing interest in the alt marine fuel, scalability is some way off.

Jo Bamford, of Ryse Hydrogen, said that if looking at the potential for hydrogen demand in the UK, marine hydrogen use, for example by the ferry sector, is still at the margins.  It is land transport, for example, bus transport, that holds more promise as it has far bigger demand potential, he said.

"The cleanest, most realistic transport fuels of the future are hydrogen-based fuels including green ammonia," Rasmus Bach Nielsen, global head of fuel decarbonisation at commodity trader Trafigura, told the FT.

However, given the amount of fuel a ship needs to carry around to get from a to b, delivering that to the industry has a way to go.

"With the current state of technology, we cannot use hydrogen to fuel our vessels," Morten Bo Christiansen, head of decarbonisation at AP Moller-Maersk, was quoted as saying.

With the UK government soon to publish its strategy for hydrogen, the document could give an indication of where shipping stands in terms of embracing the alt marine fuel.

The company will will supply LSMGO initially and VLSFO within a month, using the 3,420 DWT delivery vessel Sea Dweller.

The combined firm would operate under the name Frontline, with current Euronav CEO Hugo De Stoop as CEO.