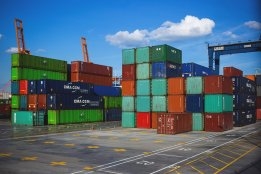 The United Arab Emirates (UAE) is to build a new Red Sea port in Sudan as part of a $6 billion investment package, according to Reuters.

DAL group chairman Osama Daoud Abdellatif, a partner in the deal, told the news agency that the package includes a free trade zone and a large agricultural project.

A memorandum of understanding had been signed with the UAE for a port and agricultural project, but the details have not previously been reported.

The finance ministry did not immediately respond to a request for comment on details of the deal, Reuters said.

The $4 billion port, a joint project between DAL group and Abu Dhabi Ports, would be able to handle all kinds of commodities and compete with the country's main national port, Port Sudan, Abdellatif was reported as saying.

Located about 200 km north of Port Sudan, it would also include a free trade and industrial zone modelled after Dubai's Jebel Ali, as well as a small international airport.
...........