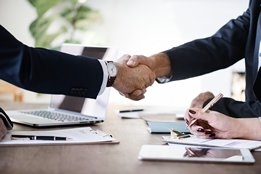 The new fuels are expected to become available around the time that the new global 0.50% sulfur cap on marine fuel comes into force on January 1, 2020.

Bomin is among the suppliers who says it is working on "a number" of such deals.

"There's more of these agreements coming up, and as a supplier this is one of the most important tasks for us right now," Bomin's recently appointed Managing Director, Jan Christensen, told Platts.

Given the difficulty in producing such fuels, quantities are expected to be limited and availability will not extend to all markets.

As there will be no update to ISO 8217 before 2020, there will also be no official ISO specifications specific to IMO 2020 bunkers ready in time for the new cap.

Instead, an ISO Publicly Available Specification (PAS) for the fuels, PAS 23263, is currently under development.

CEPSA are among a small number of suppliers that have already given estimates on pricing for the new products, which is believes could sell for around $120/Mt over HSFO.

The three ships were arrested on Tuesday.

Ship-Service was the only VLSFO supplier in the country.