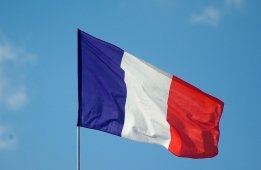 The design for a 'suction wing' wind propulsion device for ships has been approved by classification society Bureau Veritas.

The SW270 suction wing system developed by CRAIN Technologies and REEL has received approval in principle from Bureau Veritas, the company said in a press release on Wednesday.

The wing uses grids to create a suction force drawing the air around it from the outside to the inside.

The initial design approved by Bureau Veritas was a model appropriate for a VLCC.

"Suction Wing SW270 is an innovative wind-assisted propulsion solution that is suited for a large range of cargo ships," Philippe Pallu de Barriere, CEO of CRAIN Technologies, said in the statement.

"Developed using technologies already widely used by the naval industry, it delivers great power proportionally to its surface, and is easy to install and use on ships."