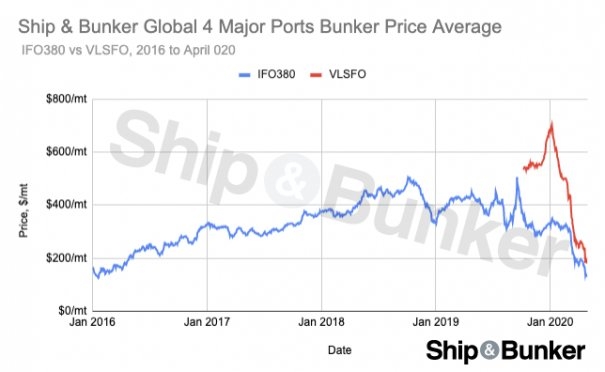 The cost of VLSFO bunkers in the four major bunkering hubs has continued to fall, hitting a new low Tuesday $180/mt, according to Ship & Bunker's Global 4 Ports (G4) index that tracks the average bunker prices across Singapore, Fujairah, Rotterdam, and Houston.

As troublesome as the drop since then has been, equally concerning for market participants will be the 28% drop the index has witnessed in the last two weeks alone, having stood at $248.50/mt on April 14.

A leaked draft of the European Commission's plans shows the current commitment is only to bring intra-EU voyages into the EU-ETS.

The move comes as fuel oil stocks at the Middle Eastern hub drop to a one-year low.