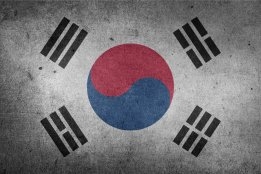 The order for the 7,500 cbm capacity vessel has been placed with Hyundai Heavy Industries.

With the total value of the order currently unknown, some KRW 15 billion ($13.4 million) of the total cost of the vessel will come from a subsidy by the country's Ministry of Trade, Industry and Energy, according to reports.

As part of its growing LNG bunkering plans, KOGAS also says it wants to start ship-to-ship bunkering operations this year.

Last year, Kogas set up an LNG bunkering JV with various stakeholders with the aim of selling 1.36 million metric tonnes (mt) of gas bunkers to ships by 2030.

The order ads to the small but growing number of LNG-powered vessels within the world fleet, with the latest data from Society for Gas as a Marine Fuel indicating there are currently 191 LNG fuelled ships in operation and 273 LNG fuelled ships and LNG bunkering vessels on order.

Ecomar will increase the refinery's capacity from 22,000 b/d to 62,000 b/d by adding a second crude distillation unit.

However, the oil futures curve is showing strength.