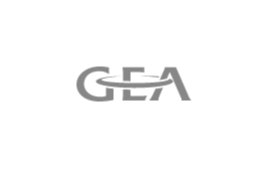 Machinery and plant manufacturing giant GEA Monday announced it wants to join shipping's decarbonization efforts by offering in-house solutions focused on the use of ammonia as marine fuel.

In an announcement during the international "Ship Efficiency" conference in Hamburg, the firm noted that multiple industry experts forecast that in around 30 years around a quarter of all ships on the world's oceans will be powered by ammonia.

"With the fuel ammonia and a five percent diesel blend, shipping can be almost completely decarbonized in the long term," GEO said.

"However, the decisive factor in terms of climate friendliness is that the energy-intensive production of ammonia is switched to renewable energy sources.

"GEA has developed a lot of expertise in the properties relevant to ship design and technical handling on board. In addition, there is a great deal of experience in safety precautions for handling ammonia."

While GEA's focus is predominantly in the food and beverages sector, which accounts for around 70% of its EUR 4.8 billion annual revenues, the firm already has a strong presence in the marine space and says roughly every second container ship in the world sails with GEA marine equipment on board.