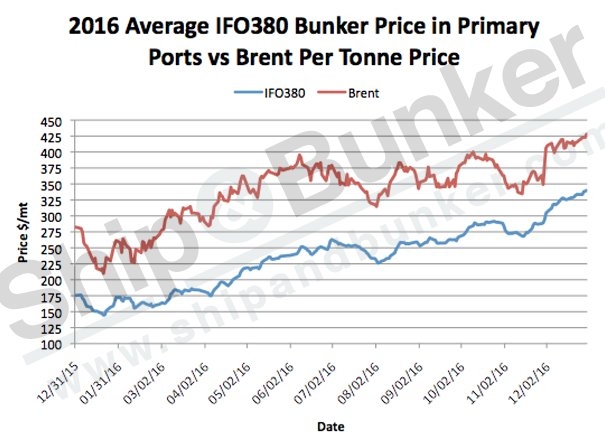 IFO380 bunker prices across the four major bunkering hubs of Singapore, Fujairah, Rotterdam, and Houston have doubled over the last year, data from Ship & Bunker shows.

IFO380 bunker prices in 20 Primary ports responsible for a vast majority of global volumes, as tracked by Ship & Bunker's Global 20 Ports Average, rose 93 percent this year, having ended 2015 at $176/mt and a year later stands at an average of $340/mt.

Both indices also show bunker prices ended the year at the highest they have been in 2016. 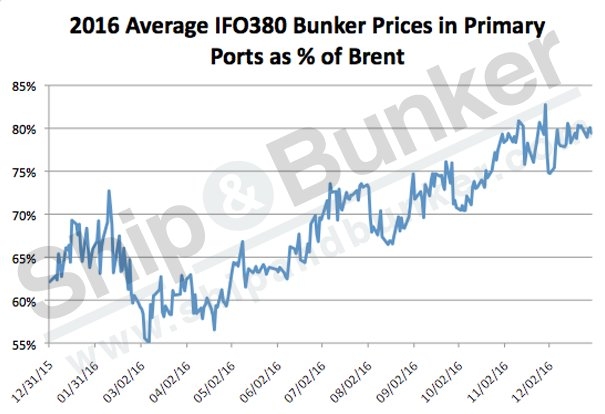