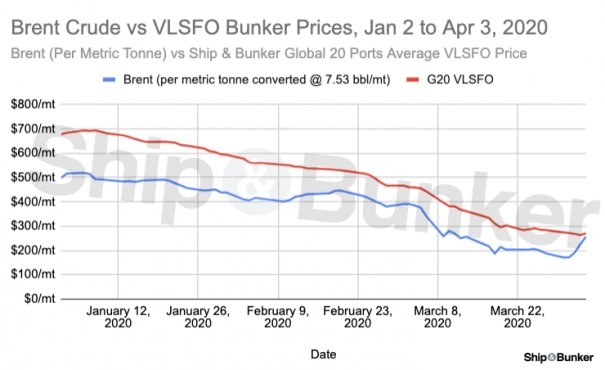 Last week was an historic one for crude volatility, but bunker prices have so far failed to follow suit.

Bunkers, on the other hand, moved in the opposite direction.

VLSFO bunkers have yet to establish a clear relationship with crude

As the graph below indicates, VLSFO bunkers have yet to establish a clear relationship with crude - they are too new, pricing has so-far been impacted by additional logistics premiums during the IMO 2020 transition period, and the term VLSFO covers a range of products that may not necessarily be all comparable on price.

Exactly what the crude movements mean for bunker prices this week is difficult to say then, but unless crude makes a dramatic reversal Monday bunker prices are almost certainly heading upwards.

Friday's 5% premium for VLSFO over Brent was by far the lowest we have seen, and for Q1 2020 that premium has averaged 35%. 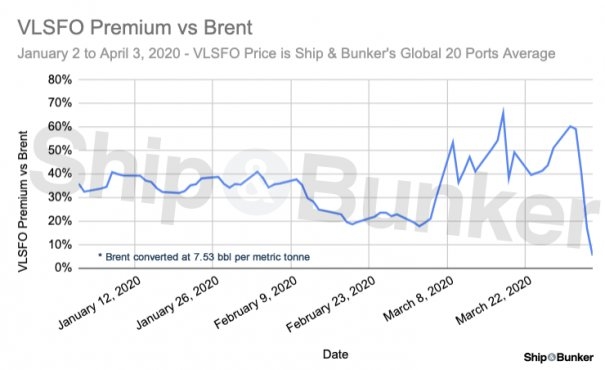 Two EY executives to run firm while it restructures.