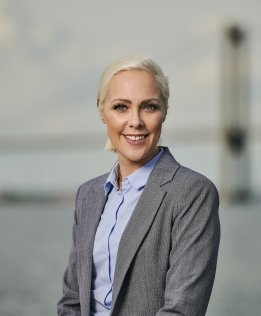 Bunker Holding parent company United Shipping and Trading Company (USTC) has announced a shift in its organisation, with staff from its bunkering conglomerate taking on wider responsibilities.

The HR and communications departments of Bunker Holding will now take on that function for the wider USTC organisation, USTC said in an emailed statement Wednesday. Alexander Jaffe will become USTC's chief human resources officer, and Jonas Søndergård will become its head of communications.

"Bunker Holding, being the largest player in the group, has managed to achieve massive growth over the last years, not least as a result of a substantial investment in people and culture," USTC said in the statement.

"A core strategic lever has been to focus heavily on securing the right competencies, while attracting, retaining, and developing the best people in each role as a way to continued profitable growth throughout the diverse value chain.

"USTC's growth in recent years has also generated a global awareness and increased the need to streamline external and internal communications as well as marketing activities across the entire group."

On box ship newbuilds to be built in South Korea.