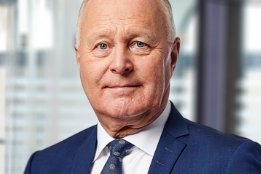 Selfinvest is owned by Torben Østergaard-Nielsen and his family. Image Credit: Selfinvest

Earnings before tax nearly doubled to DKK 1.22 billion ($172.7 million) in the year to April 30 from DKK 621 million the previous year, the company said in an emailed statement on Tuesday.

Bunker Holding's earnings before tax were DKK 644 million, up by 49% on the year but still below the 2019/20 record. The company saw volumes growth of 3%, Selfinvest said, without revealing the outright figure.

A separate earnings report for Bunker Holding is likely to be released later this month, and some of the individual Bunker Holding brands will also release their own reports.

"Bunker Holding came out of the financial year with the Group's second-best result to date," the company said in the statement.

"Bunker Holding increased its EBT by 49 percent from DKK 445 million to DKK 664 million despite a year marked by instability in the form of rising raw material and energy prices and the war in Ukraine.

"In December 2021, Bunker Holding and subsidiary Dan-Bunkering were convicted of inadvertently violating EU sanctions on Syria.

"A serious case that has taken a heavy toll in terms of resources and also financially.

"The entire organisation has learnt from the case, and Bunker Holding has further strengthened its compliance and sanctions systems across the Group.

"Bunker Holding has expanded its position as the world's leading bunkering company with a volume growth of 3%, which is a strong indication that it continues to enjoy the support of all stakeholders."

TGE Marine Gas Engineering has been awarded the contract to design and supply the vessel's cargo handling system.

Oil Up On Conviction A Tight Market Could Last For Years

Lack of investment is cited as a main cause for current market woes.