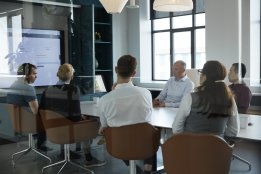 The deal was signed on July 1, and will increase ZeroNorth's revenue by as much as 15%. Image Credit: ZeroNorth

Propulsion Dynamics has been working on vessel performance optimisation since its launch in 2002, ZeroNorth said in an emailed statement on Wednesday. The deal was signed on July 1, and will increase ZeroNorth's revenue by as much as 15%, the company said.

"The acquisition marks ZeroNorth's entry into the fuel optimisation market; a significant next step on the organisation's journey after a year in operation," the company said in the statement.

"Having the industry's most authoritative source of vessel performance information in-house will also enable ZeroNorth to extend its market proposition and offer new products and services."