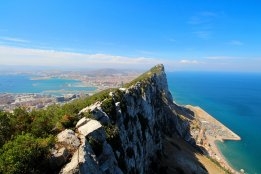 Peninsula will soon be supplying LNG as a bunker fuel around Gibraltar. File Image / Pixabay

Bunker supplier Peninsula has appointed an LNG and alternative fuels originator as it seeks to expand beyond conventional fuels.

Michail Begleris has been appointed LNG and alternative fuels originator for the firm in Athens as of this month, according to an update to his LinkedIn profile.

Begleris was previously a researcher and trader for the company in London. He had earlier worked for Clarksons Platou and Simpson Spence Young.

Peninsula announced plans to launch an LNG bunkering business earlier this year. In June the company said it would work with Spain's Enagas to jointly operate an LNG bunker barge in the Strait of GIbraltar.

The vessel will have 12,500 m3 of LNG capacity and will be built at the Hyundai Mipo Shipyard for delivery in June 2023.