Genoil in Advanced Discussions With Physical Suppliers, Shipowners to Produce 2020 Compliant Bunkers With "All the Same Qualities" as Today's HFO 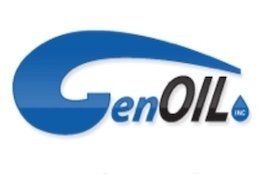 New York-based Genoil Inc. says it is in advanced discussions with both physical bunker suppliers and shipowners over the use of its desulfurization technology

New York-based Genoil Inc. (Genoil) is in advanced discussions with both physical bunker suppliers and shipowners over the use of its desulfurization technology to create 2020 compliant bunkers that, other than the sulfur level, have all the same properties as the HFO in use today, Bruce Abbott, COO, Genoil, has told Ship & Bunker.

Since IMO last year announced the global sulfur cap for marine fuel would lower to 0.50% in 2020, there has been much debate over how vessels would comply.

Currently, the vast majority are expected to switch to burning compliant - and more expensive - MGO product, while some 10 to 20 percent are expected to install scrubbers so they can continue to burn otherwise noncompliant HFO.

There has been both promise and expectation that various blends and compliant "hybrid" fuels will also be available. However, one issue with these types of fuels, as seen with the current generation of emissions control area (ECA) compliant hybrid fuels, are the question marks raised over their commingling characteristics and other handling qualities.

Fuel desulphurised by the GHU will have all the same qualities as the HFO the industry is already familiar with, just with the sulphur removed, providing one fuel standard worldwide

This has been widely seen as a significant hurdle to their more widespread adoption, and so the success of any such 2020 compliant products could suffer a similar fate.

There has also been increasing talk of various desulfurization technologies becoming available that are able to create cost effective, compliant bunkers without the compatibility issues associated with the so-called hybrids and boutique blends.

Indeed, Genoil says one of the key benefits of its technology is that it only removes sulfur, and in doing so removes all doubts in relation to technical make-up and compatibility with ships' engines.

"Critically, the desulphurization technology produces fuel mandated by IMO Sulphur standards, and this time is no different. Fuel desulpurised by the GHU will have all the same qualities as the Heavy Fuel Oil (HFO) the industry is already familiar with, just with the sulphur removed, providing one fuel standard worldwide and greatly reducing the risk of fuel contamination, engines damage and potential vessel downtime."

Genoil says the technological capability of the fixed bed reactor to produce low sulfur marine fuel has been proven in the past, and its technology results and OPEX are proven based on extensive tests carried out by Conoco Canada.

"In the Conoco Canada test using bitumen as feedstock, the sulphur (wt%) was reduced from 5.14 to 0.236 in Genoil's resulting product," he said.

Pricing is naturally key to the success of any bunker product, and in this regard Abbott assures the GHU provides "even more compelling" economics.

if a physical supplier was to establish and operate the unit, the cost to produce the fuel would be the cost of the feedstock plus the operating cost and any further infrastructure costs

"For example, one unit - which can be easily installed alongside existing refinery infrastructure in major bunkering hubs – costs between $30 million and $80 million to install, per one million tonnes per year of capacity," he said.

"Based on Genoil's predicted crude prices (between $55.31 and $57.67 per barrel until December 2022) which have been reviewed by independent bodies, this initial investment of $30 million could achieve payback in less than three months. Indeed at current levels, based on a spread between HFO and distillates of $179.78, and inclusive of Genoil's process fee, margins per metric tonne (MT) would be $123.78, equating to monthly profits of $11,701,789 based on a production capability of 94,537 MT per month.

"The pricing of the fuel that is produced will therefore benefit the party which commits to the GHU. For example, if a physical supplier was to establish and operate the unit, the cost to produce the fuel would be the cost of the feedstock plus the operating cost and any further infrastructure costs. This has the potential to create a margin of $123.78 per metric tonne, as previously outlined. It would be up to the physical supplier how much they wished to offer the fuel to market at. Should a ship owner operate the unit, the fuel produced could be for the exclusive use of their fleet, negating the need to purchase compliant fuel at market price."

Genoil says it intends to license the GHU to customers worldwide, to produce compliant bunkers anywhere in the world.

To that end, Abbott says the company is in advanced discussions with ship owners, key port terminal operators, and physical suppliers who may, as a sole party or as part of a consortium, establish a GHU for their own use.

"The volume and location of availability will be driven by market demands," he said.

"Genoil is currently in advanced dialogue with owners who are expressing great interest in the technology, and conversations are also on going with physical fuel suppliers to develop global infrastructure."

The company's new office in the Glyfada municipality will aim to increase its sales among Greek shipowners.